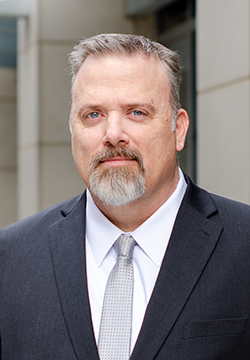 For over 28 years, Michael Tilden has led teams and contributed to over 100 reports produced by the State Auditors Office that provided Californians and the Legislature accurate and timely analyses. Michael has spent his career untangling problems and finding innovative solutions to public policy issues that are important to all Californians.

The teams Michael led have proposed solutions relating to public health, housing and homelessness, school funding, unemployment, health care, and availability of water resources to name a few. Recommendations from these reports have resulted in legislative and budgetary changes, improved government services, more equitable access to funding, and increased public transparency. Michael has testified before the Legislature numerous times and has shared the findings from his teams work with community organizations and government officials across the State.

As a Certified Public Accountant and long-time senior leader in the State Auditors Office, Michael is highly respected as an expert in California state and local finances. For many years he has served as a leader on one of the largest financial audits in the world by annually evaluating tens of billions of dollars in federal and state funding. This critical work ensures California can continue to receive billions in federal funds that ultimately flow to local communities for services like health care, school nutrition, and after school programs.

Michael is also the architect of the Local Government High-Risk Dashboard and led efforts to evaluate the fiscal health of Californians 470 plus cities. In a first-of-its kind analysis, each year his team pores over city financial data to help Californians determine whether their cities are at risk of future insolvency or failure to provide essential services. This program helps ensure cities have their finances in order and allows Californians to hold their city officials accountable. This program received the Excellence in Accountability award from the National State Auditors Association in 2020.

Michael earned a Bachelor of Science in Accounting and Finance from Sacramento State University. He started his career in a private sector accounting firm before joining the California State Auditor as a performance/policy evaluator in 1994. Since then he has advanced through the offices leadership roles and became the Acting State Auditor in January 2022. He is a member of the American Institute of Certified Public Accountants, the Association of Government Accountants, and the National Legislative Program Evaluation Society. He also serves on the Audit Standards and Reporting Committee, as well as the Single Audit Committee for the National Association of State Auditors, Comptrollers, and Treasurers.

Reports Michael led that evaluated Californias K-12 local control funding formula and the States response to homelessness have received national awards for their impact in 2020 and 2019. Michael was also recognized by the former State Auditor many times over his career for his contributions to the offices success. He is an effective mentor and dedicated to making the California State Auditors office an excellent organization for those who want a career that makes a difference in the lives of others.

Michael grew up in Northern California and enjoys exploring our Golden State while road tripping, camping, and hiking with his wife.

Find Out More About Us